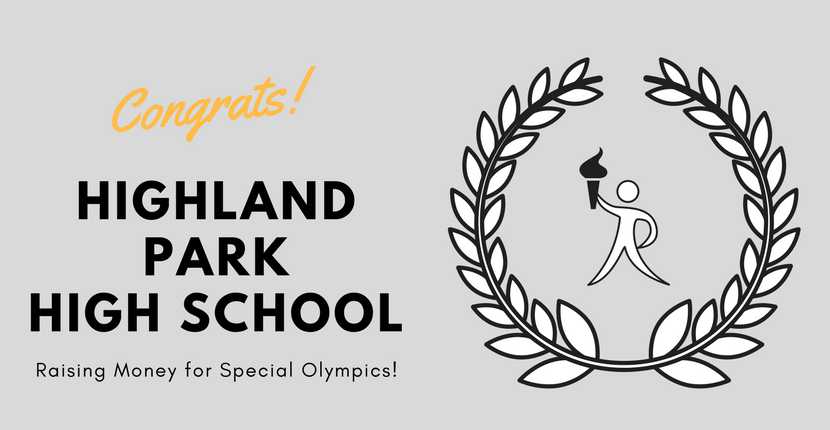 Each February, hundreds of people head over to Fox Lake for the Polar Plunge to support a cause that is near and dear to us at Lexus of Highland Park—Special Olympics Illinois. This year, the group included a team of Highland Park High School students, who jumped in the frigid lake in 40-degree weather on February 25.

They were this year’s top fundraising team, receiving the Cool School Challenge trophy for the second year in a row, alongside HPPHS teacher Melissa Zientara, a sponsor of the school’s Rotary Interact Club, who was presented with an award for being a top individual fundraiser (raising $4,000).

In total about 300 people plunged, raising almost $63,000 for the Special Olympics athletes of Illinois according to the Daily Herald.

This is just one of over 20 plunges happening in February and March throughout Illinois that support the state’s Special Olympic athletes. What started in 1999 in Lake Bluff branched out throughout the state, with the Fox Lake Polar Plunge added in 2007. Today, thousands support this cause that has raised more than $18.4 million and benefitted more than 20,000 young athletes.

Their mission is to provide sports training and competition for children and adults with disabilities, enabling them to “develop physical fitness, demonstrate courage, experience joy and participate in a sharing of gifts, skills and friendship with their families.”

Join the 66,000 plungers who have participated and create a team of your own for next year. Everyone is invited. In prior years, participants ranged from football teams to police officers, corporate employees to fraternities and sororities, children and families, and all in between.

Your local Highland Park Lexus dealer is proud to support programs and causes like this who aim to build a better community. Support our community by choosing Lexus. Don’t search for a “Lexus dealer near me,” stop by 2930 Skokie Valley Road in Highland Park and come talk to us today.