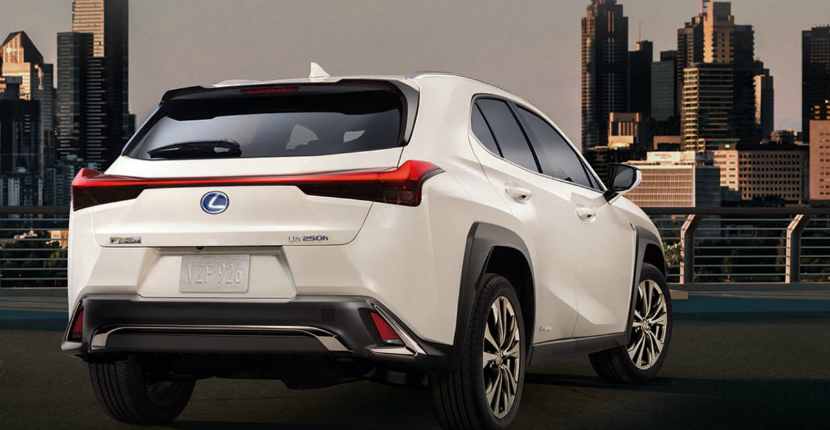 Lexus has released of the first official image and video clip of the UX, their first urban crossover.

This teaser comes a just a week before the world premier of the UX at the 2018 Geneva Motor Show on March 6th and a month before the U.S. debut at the New York Auto Show in April.

Dubbed an urban crossover for its compact size, sleek shape and downtown driving dynamics, the all-new UX is the fifth addition to Lexus’ lineup of luxury utility vehicles.

“Its crossover credentials are signaled by its muscular haunches and high beltline,” Lexus explained. “Yet underneath the skin there’s an all-new platform that gives the UX exceptional body rigidity and a low center of gravity for exceptional handling.”

With a focus on bringing bold designs and intuitive technology to consumers, this new car creates a style that’s expressive in its bodywork while in keeping with aerodynamics.

The new video spot highlights the sleek wraparound taillight—a thin red horizontal line that jets across the back of the car—and the spindle grille, which is featured in other Lexus crossovers, including the RX.

Inside, the vehicle features a driver-focused cockpit and spacious cabin for any additional passengers.

This debut comes about two years after the premier of a show car at the 2016 Paris Auto Show. It’s targeting millennials living in the city who want a stylish, compact vehicle that has more than a few perks and competes against the BMW X1, Volvo XC40 and Mercedes-Benz GLA-Class.

According to Green Car Reports, Lexus “UX 250” and “UX 250h” was filed with the U.S. Patent and Trademark Office. So we could be in for even more versions of this compelling crossover, perhaps one that runs on gas along with a new hybrid.

Other Lexus highlights at the 2018 Geneva Motor Show include the European premiere of the new RX L and the Lexus LF-1 Limitless concept as well as a celebration of the 10th anniversary of Lexus F with the new Special Edition RC F coupe.

As a Lexus dealer, there is nothing more exciting than the debut of a new vehicle (other than receiving the new cars on our lot). While waiting to see what next with the UX, come see what the hype is about with the current Lexus models for sale. Stop by Lexus of Highland Park, the answer in your search for a “Lexus dealer near me” or a “2018 Lexus near me.”